Before explaining quantum communication, first, the meaning of “quantum” will be introduced. The term “quantum” refers specifically to electrons and photons, which have unique properties that we can’t even begin to imagine. For example, with “quantum superposition”, one quantum can simultaneously have two different properties. Furthermore, there is a quantum mechanical phenomenon, termed “quantum entanglement”, in which the quantum states of two or more objects to be described with reference to each other. By employing quantum entanglement, the quantum information of one of the particles can be provided to the other entangled particles regardless of the distance between them. This technique is called “quantum teleportation”.

By using these seemingly strange properties, quantum computers and quantum communications are realized. Quantum computers skillfully express Qubit (not only 0 or 1 but quantum superposition) and perform computational processing by “controlling the quantum”. In communication, when “sending a quantum”, the exact same Qubit is shared or transmitted to a distant location. LQUOM’s quantum repeater system aims not only to have the ability to send a quantum over long distances but also to eventually be used as part of a quantum computer. For Distributed Quantum Computing, a technology that allows quantum computers in different solid-states to be used as if they were a single device, sharing of quantum entanglement is essential.

With LQUOM’s technology, quantum entanglement can be applied to various quantum devices, and the way quantum information is transmitted represents the “quantum internet,” a completely new infrastructure.

To create such a quantum internet, LQUOM is accelerating the development of one-of-a-kind technologies and aims for early societal implementation. 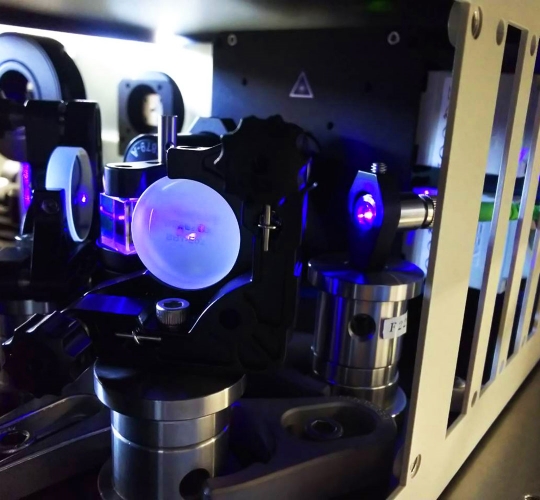 The realization of a quantum repeater requires core technologies, including an entangled photon source that emits photons for quantum communication and sends quantum states through optical fibers; a quantum memory that temporarily stores quantum states; and frequency stabilization that connects the light source and the memory. In other words, the core elemental technologies are ①quantum light source, ②quantum memory, and ③frequency stabilization, and the integration of these technologies is the key to a quantum repeater. LQUOM possesses all these core elemental technologies.

The entangled photon source is a device that simultaneously generates two photons that are in quantum entanglement. Through the introduction of an optical cavity, we have been able to combine the generated photons with quantum memory to enable quantum state storage and regeneration, which requires a quantum entanglement source with a narrow spectral linewidth. For low-loss transmission over distances of 10 km or more between quantum repeaters, generation at wavelengths of approximately 1.5 μm is required. We have succeeded for the first time in developing a narrow-wavelength quantum entanglement light source that can be coupled with quantum memory with high efficiency. 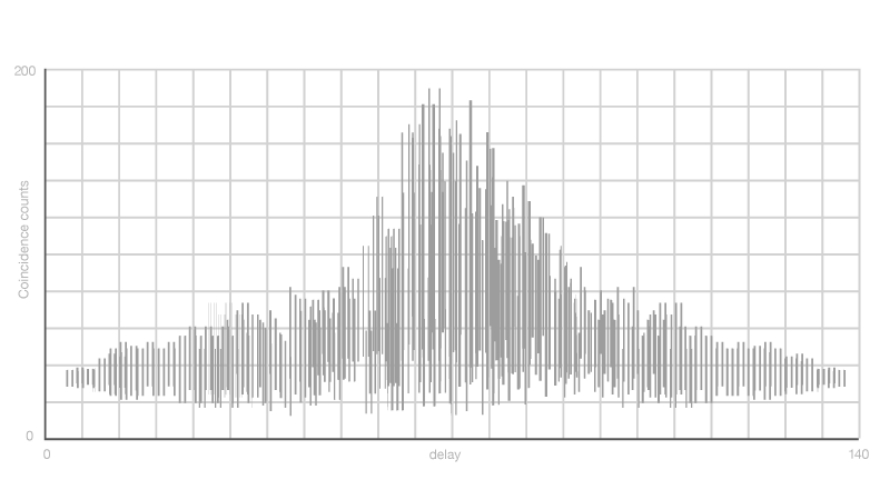 Quantum memory, which temporarily stores quantum states, must be able to contribute to the improvement of communication rates such as wavelength division multiplexing and time division multiplexing. For a multiplexed memory, a rare-earth-doped solid can be used. By creating a memory region (10 MHz) in the absorption spectrum of a rare-earth-doped solid and developing a system to store and regenerate quantum states, we have succeeded in developing a storage and regeneration function. 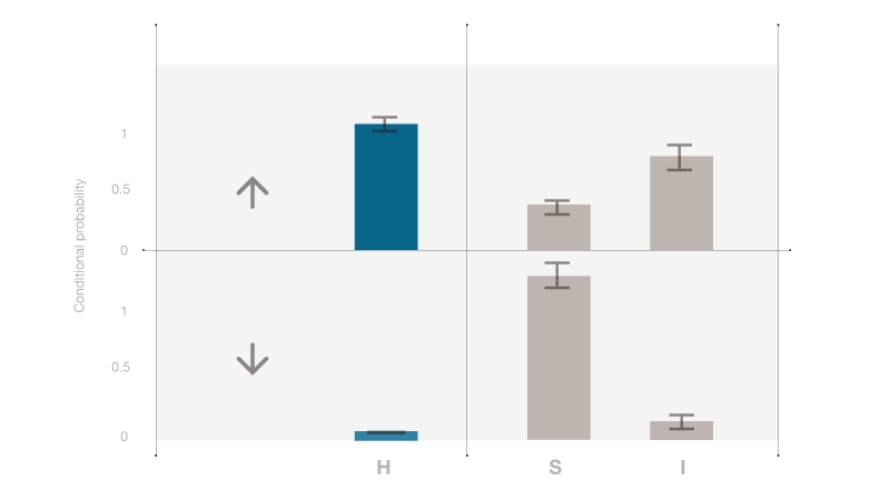 The frequency stabilization system is an essential element to ensure a stable connection between the quantum memory and the light source. This is because the memory storage transition frequency has a very narrow width, from kHz to MHz, so even a small fluctuation in wavelength conversion can dramatically reduce the efficiency. We have achieved long-time stability that is sufficient to stably couple the light source and the memory, and have succeeded in developing a coupling system between a quantum light source and a quantum memory at communication wavelengths through frequency stabilization and integration with a wavelength conversion system. Each element has been developed based on the premise that the design allows for seamless connectivity throughout, and will proceed to a long-distance demonstration via optical fiber.